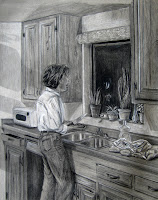 These Fucking Potatoes Are Rotten

My family, like many others, joined this community of dispersed Irish because of the Potato Famine in the 1860s. My ancestors came to the United States for a better life, landed in New York, and the family stayed there for generations.


Many of my family members have contributed directly to building this great nation. My great-grandfather worked on the first transcontinental railroad that connected the eastern part of the country to the west. My paternal grandfather was an architect and many of the buildings and neighborhoods he designed and built are still part of the New York landscape. My maternal grandfather was an attorney and my father was a civil engineer who made significant contributions to bridge designs throughout the United States after serving in the Army Air Corps during WWII.

There were educated women in my family who also contributed to society. There were doctors, lawyers, mothers, teachers, nurses, business women, artists, a police detective and a nun.

My husband and I moved to California 25 years ago looking for a better life for our family. Some traditions just don’t die.