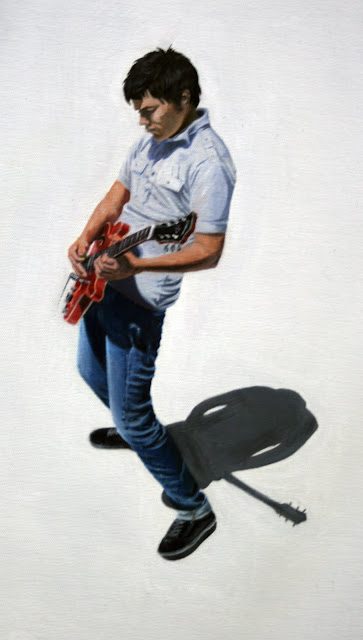 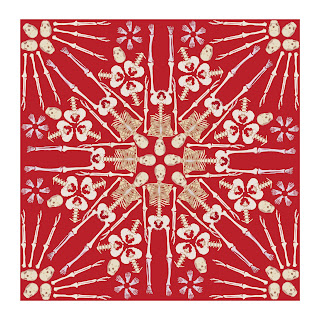 Kaleidoscope of Death. Digital Print. 20"x20". This piece is the beginning of a series entitled The Skeleton Project. There will be more skeleton related artwork on this site in the coming months. I used simple filters to make changes to a photograph of a skeleton and the free transform tool to create this radial design in Photoshop.
Posted by Mary at 6:56 PM 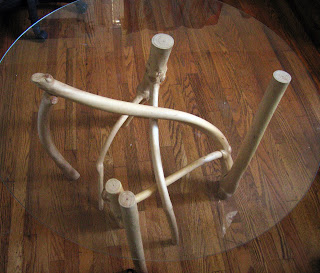 Monterey pine table with reclaimed glass table top. 36” x 36”. Pine branches were harvested and allowed to dry in the sun for almost a year. The bark was removed, legs cut and configured to mimic nature. You can see why I need a new studio space. I don’t even have a space to photograph. If you know of a commercial or mixed use building for sale in San Diego County let me know! 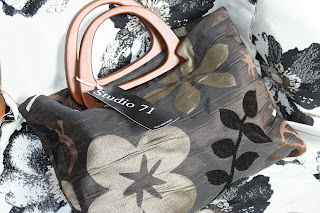 Hand bag. 12"x16". This lightweight bag is one of many styles and colors available from Design Studio 71. All bags are hand-made.
Posted by Mary at 2:40 PM 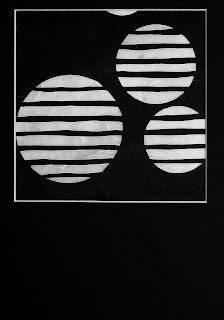 Paper Circles. Cut Paper. Hand-made paper. 8"x 10". This piece is all about the Principles of Design. It is a simple arrangement of lines, shapes and patterns to create balance, unity, rhythm and proportion. Is it successful?
Posted by Mary at 6:57 AM

Grasses and Cattails. Ink and paint on hand-made recycled paper. Each panel 4"x 13".
Zen painting is effortless and natural in an attempt to mirror and enhance Zen meditation practice. 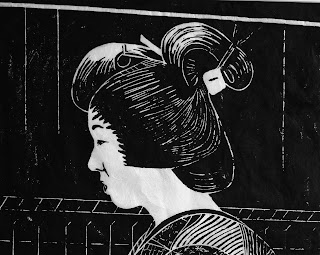 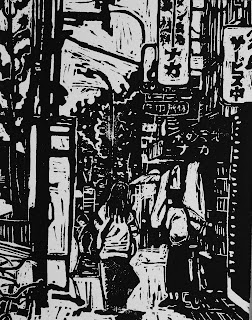 Kyoto Street. Linoleum cut. Ink on hand-made paper. 8"x10". Kyoto was not firebombed during WWII and as a result is one of the best preserved cities in Japan.
Posted by Mary at 6:18 AM 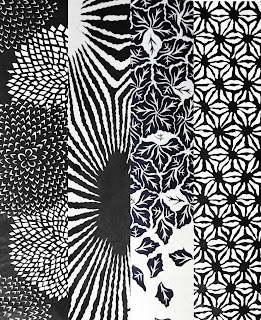 Cut Paper. Hand-made recycled paper. Each panel is 13"x 37" framed. Paper cutting is a traditional Chinese craft that has existed for thousands of years (later in Japan). These panels are part of a series inspired by the age old tradition. The first panel is Chrysanthemums, first cultivated in China but later adapted by the Japanese Emperor and used as objects of meditation in both China and Japan. The second panel is entitled Eclipse. The third panel, entitled Penrose is made of only two shapes with equal sides to form a Penrose tiling design. The fourth pattern is intended to be ambiguous. It is entitled Faces, but do you see faces or flowers?
Posted by Mary at 5:56 AM 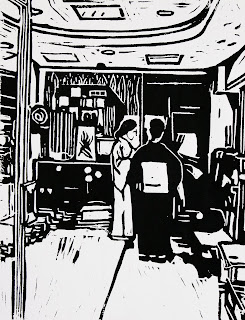 Kimono Shop.Linoleum cut. Ink on hand-made paper. 8" x 10".Linoleum may not be the traditional way to make a block print, but it is easier to cut and less expensive than wood.
Posted by Mary at 4:52 AM 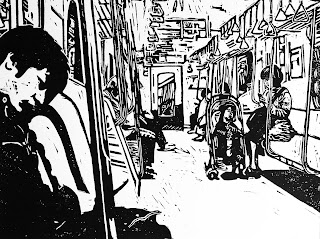 Shinjuku Line. Linoleum cut. Ink on hand-made recycled paper. 16" x 20".Inspired by a trip to Japan while on Sabbatical. Just about all of my artwork since the trip has been influenced by Japanese art and design. I love Superflat, Manga, Woodblock Prints from the 1950s and a whole lot more.
Posted by Mary at 3:21 PM